Rodrigo
open0
Motivation (why we need this feature): I know it's a simple conversion but I've noticed that most of the EPDs in the library haven't realised the difference in functional units, meaning that majority of the EPDs in eTool are currently overestimating FW impacts by an order of magnitude of 3., Which regions need the feature?: Global, Which projects types does the feature support?: Buildings, Infrastructure, Fit Outs, Landscaping, Which ratings systems require the feature?: Potentially all.,

I noticed that eTool reports FW in terms of kg of water. However, this indicator is widely reported on m3, particularly when it comes to certifications and EPDs.

open2 months agoFor large projects involving multiple buildings (such as precinct level projects) it would be very useful to be able to create reports at the structur...Read more

open2 years agoit would be really handy if the Analysis tab is able to access the 'Total Mass of Materials' indicator with option to choose by weight or volume....Read more 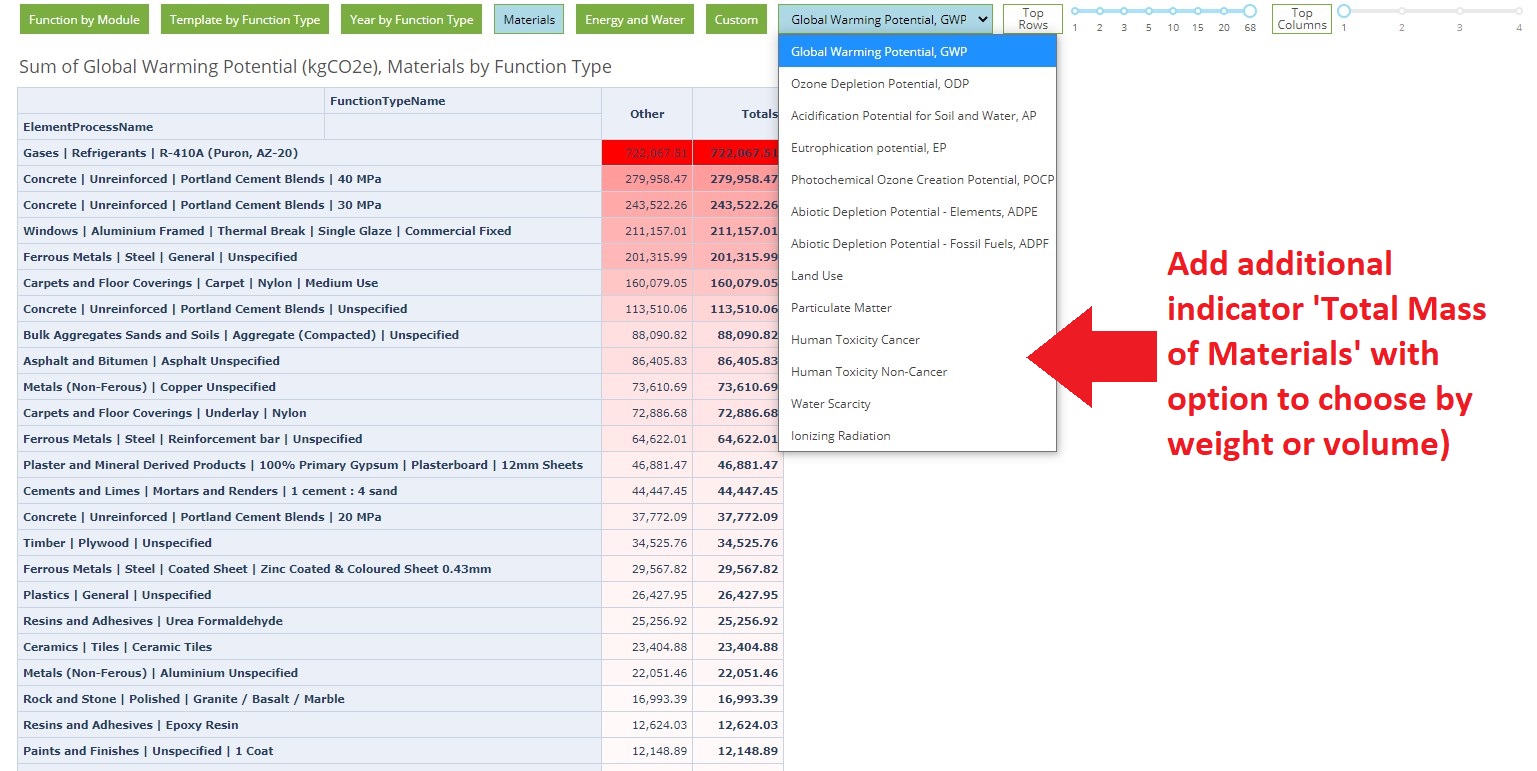 open3 years agoI think this is important to prevent eTool reports being misrepresented for a building that was assessed at a preliminary design stage. This will be p...Read more