eToolLCD users can undertake LCAs and LCCs of infrastructure projects in a similar way as with building projects. The video tutorial below goes through the modelling of a Wind Farm project.

Prior to watching this video make sure you have completed the free eToolLCD Begginer Training! To access it, click here.

The core of the tool and the modelling approach is the same for both building and infrastructure projects. Once the project, structure and design is set up, the model is being built using the unique eToolLCD template approach.  By using templates the users can model complicated elements in a very short amount of time and in a high level of detail.

In this particular example, existing eToolLCD templates have been used for the modelling of wind turbines, transmission towers, unpaved road construction etc. As always the user has the option to create new templates and either use them directly in their projects or send them to the eToolLCD team for validation and make them publicly available to the rest of the eToolLCD community.

All templates that were used in this example are publicly available to all eToolLCD users. For more information on these templates you can find them in eToolLCD’s public template library and read the templates’ description.

Depending on the primary function that has been defined for the design, the results can also be reported in functional units other than absolute values. In this particular example, the primary function was set to “Wind-Powered Electrical Generation Facility” and one of the function’s parameters that can be filled in is the annual generation of renewable energy in kWh. By filling this with the expected figure, the whole life environmental impacts can then be converted in impacts per kWh of renewable energy generated. 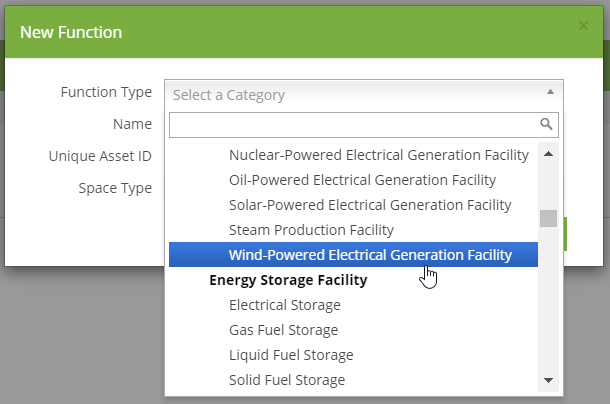 Alternatively the generated electricity can also be modelled and attributed to module B6. This can be particularly useful as you can identify the carbon payback period through the generation of a time series GWP chart.

This chart can be accessed through the automatic generation of the LCA Report from the “Reports” tab.

In the above video it was chosen to follow the first approach and enter the generated energy into the function and thus communicate the results per generated renewable kWh as the payback period was expected to be a very short one as shown in the time series chart.

Similar to the above example, the results can be normalised accordingly for other functions as well. For example impacts per freight km or passenger km for roadway projects etc depending the primary function that has been modelled in your infrastructure project.