We’re excited to introduce our new “Scenarios” feature in eToolLCD which enables running scenarios both concurrently and in parallel (branching).  This enables more accurate comparison between competing design options (and introduces a number of other advantages).  The demo video below outlines the feature quickly:

The Scenarios feature allows branching of design improvements. It gives the use the ability to define the starting point for the scenario and explore different routes for project changes. For example, understanding the difference between the two different types of energy monitoring systems.

The benefit of this feature is the flexibility to model design strategies in parallel from different starting points, instead of a linear sequential order where an improvement is fully dependent on all previous changes. As the design progresses, the model can be adjusted with the appropriate starting point scenarios and the subsequent strategies can be considered, instead of having to remodel all recommendations again from the baseline design.

HOW TO TURN ON THE SCENARIO FEATURE

If your design doesn’t already have Scenarios by default (you see ‘Recommendations’ instead), the feature is enabled by navigating to the Recommendations tab and selecting Use Scenarios from the Action menu. The user can choose from using the standard Recommendations recording feature or change to Scenarios. 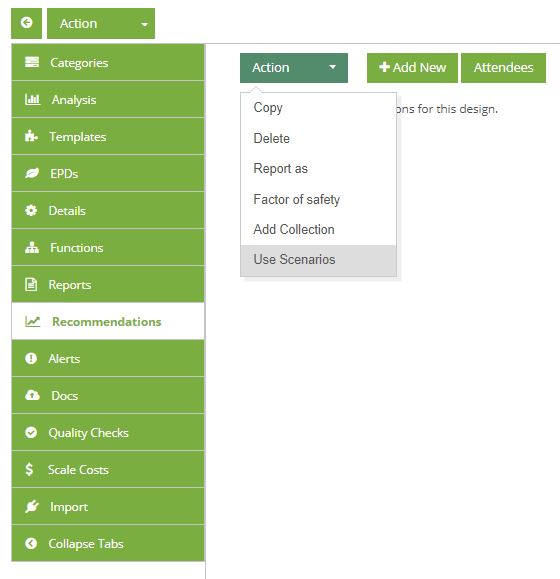 The design purpose label is shown in Blue (BAU, Proposed, Improved, Final). This feature creates a new design each time an improvement strategy is modeled, there is no need to record recommendation.
The active scenario is denoted with the red arrow icon and inactive scenarios are shown with the grey icon. Users can branch various scenarios of an earlier scenario. 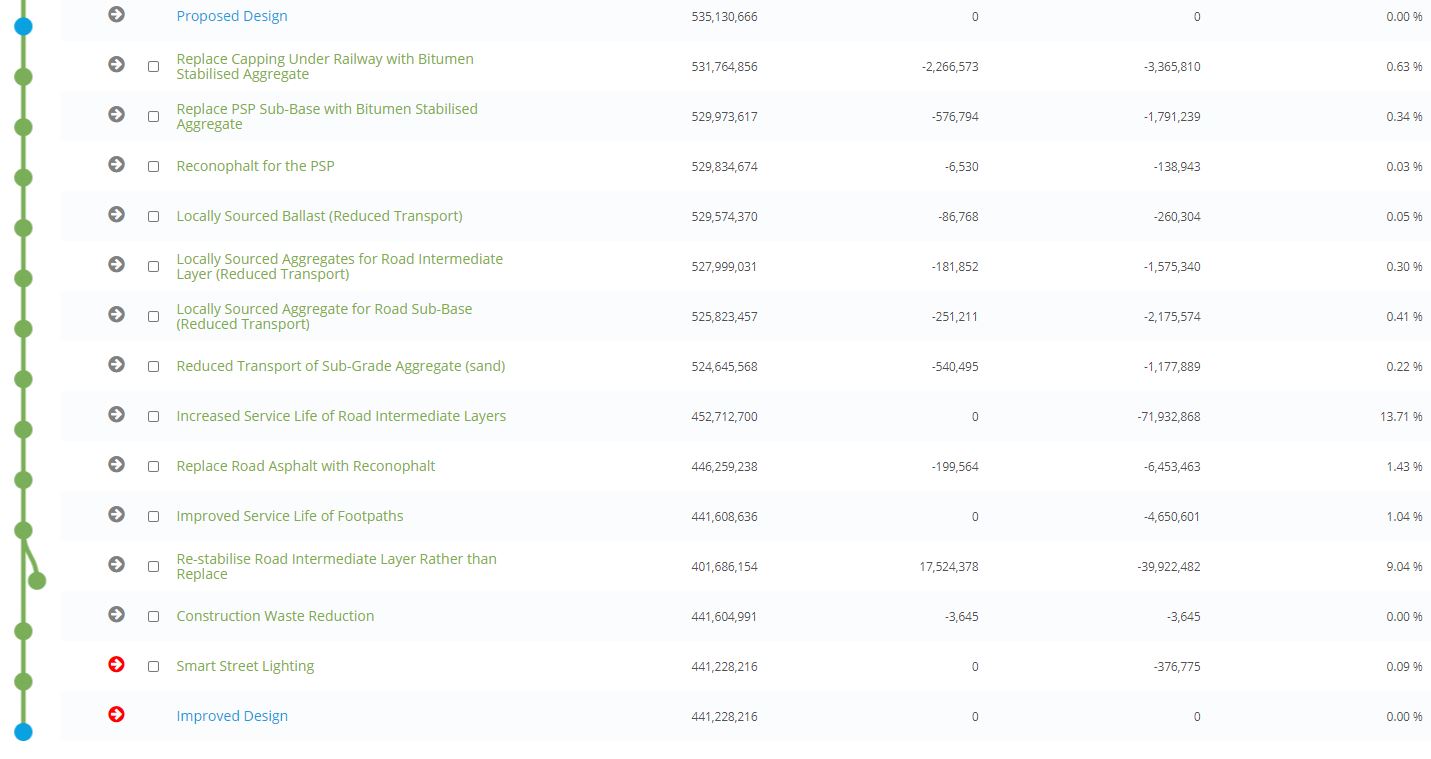 This is because the software now automatically clones it for you every time you ‘link’ a new scenario/recommendation to the tree/chain.

How to Define the final Proposed / Improved / Final Design

Once you’ve modeled all your scenarios, note that all scenarios moving down the chain are the accumulation of all previous scenarios. To ‘finalise’ your Proposed/Improved/Final Design, you won’t need to create another scenario as the software will do this for you by following the steps below: 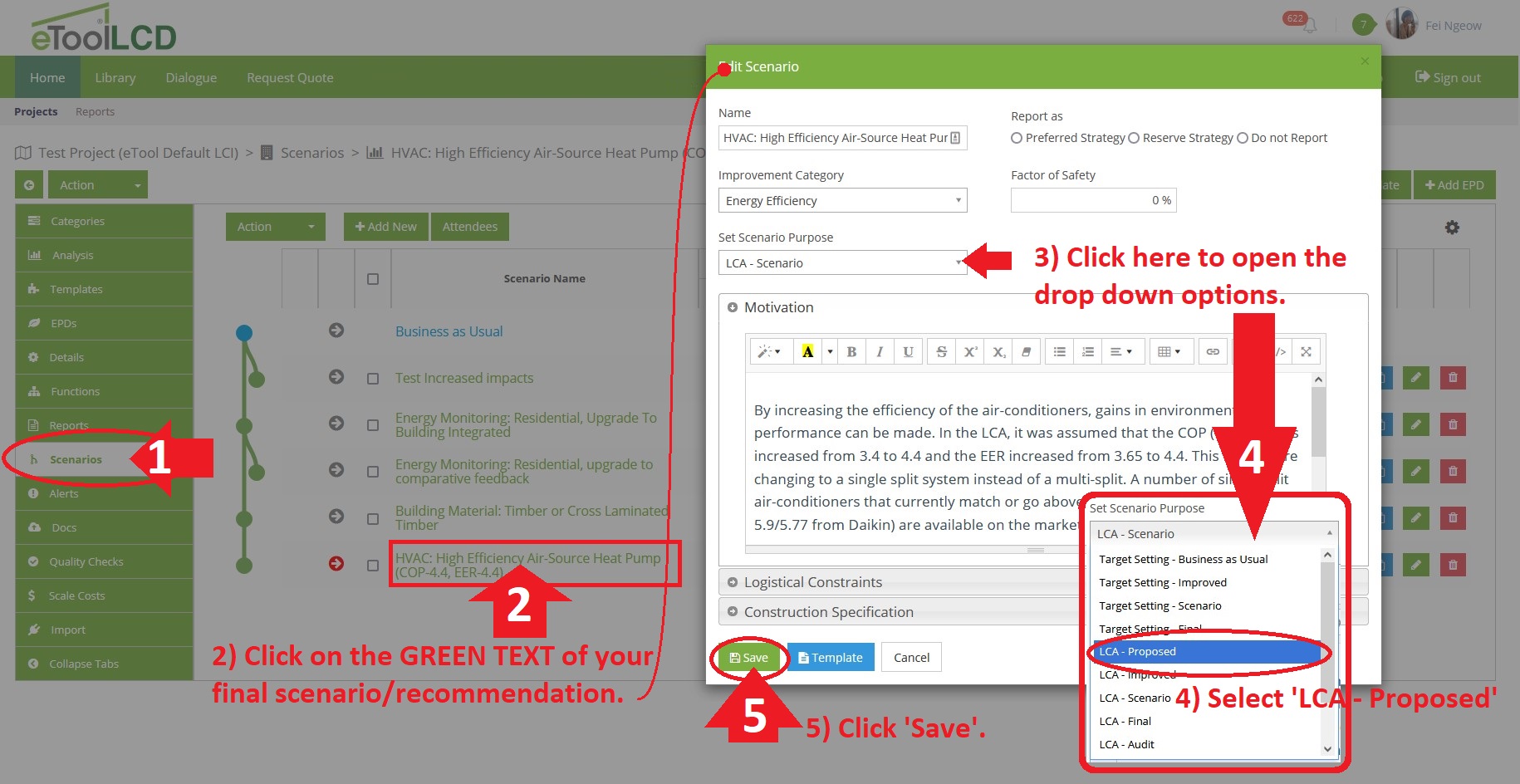 After you click on ‘Save’ the Scenario tree will automatically update with the final ‘Proposed Design’.

With the new Scenarios Feature, we have also streamlined the quality check list to help speed up the review process for the Improved/Proposed Design. The reasoning behind this is that once the BAU/Reference Design has been certified and locked, assuming that only then do you start modeling your Scenarios, all the reviewer has to do is to compare and comment on the difference/changes made between the Scenarios and the certified design. Items that have not changed will not need to be reviewed again.